You're going to go to an external resource. Confirm?
↑

Abai’s 175th anniversary to be celebrated throughout 2020

The 82-point plan was approved in 2019, noted Vice Minister Nurgisa Dauyeshov. More than 500 regional, national and international events are scheduled.

“We plan to hold major events dedicated to the celebration of the poet’s anniversary. The budget for these events is three billion tenge (US$8 million),” he said.

First Vice Minister of Finance Berik Sholpankulov previously noted the government allocated 304.7 billion tenge (US$808 million) to develop culture and sports for 2020-2022, of which 120.1 billion tenge (US$319 million) is allotted for 2020. Nearly four billion tenge (US$10.6 million) will be spent on the Abai celebration and 1,150th anniversary of Al-Farabi, the philosopher who lived on the territory of modern Kazakhstan in the ninth and tenth centuries.

The yearlong celebrations officially opened Jan. 21 at the Astana Opera.

“The plan is that Jan. 21 the Astana Opera theatre will launch events dedicated to the poet’s anniversary with the participation of national pop stars. Alibek Dnishev, Roza Rymbaeva, the Astana Opera, Astana Ballet troupes and other artists will perform at the grand opening,” said Dauyeshov during the briefing.

Poets and composers will participate in aitys (national composing competitions) starting Feb. 8. Three documentaries and a TV series about the poet’s life and oeuvre will be produced.

“Today, the National Cinema Support Centre is accepting directors’ applications for documentaries and short films. Three documentaries about Abai are scheduled to be released this year. In the summer, there are plans to organise a theatrical production, concerts of traditional performers, aitys, exhibitions of rare books and masters, national sports events and various other cultural events in his native Zhidebai [village in the East Kazakhstan region],” said Dauyeshov. 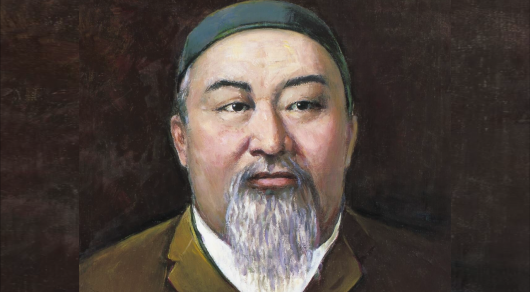 Abai’s home region Semei, in cooperation with the United Nations Educational, Scientific and Cultural Organisation (UNESCO), will hold the Abai’s Legacy and World Spirituality scientific conference in August. The capital will host the Abai and the Problems of Modernisation of Consciousness international conference in October.

Measures will also be taken to popularise the Abai house-museum, restore Abai’s Zhidebai-Burili museum-reserve and explain the historical and cultural role of his father, Kunanbai.

“There are plans to improve Abai’s native land in Kaskabulak village and to build a museum in the Akshoky area,” said the Central Communications Service representative.

Schoolchildren will have the opportunity to take a guided tour of the places where Abai lived and worked. All schools will hold open lessons, thematic essay competitions, exhibitions and poetry readings.

Abai (1845-1904) was a poet, composer, educator, philosopher, founder of Kazakh written literature and cultural reformer in the rapprochement spirit with Russian and European culture based on enlightened Islam.

“The name of Abai, his heritage, his life and his example are valuable and sacred to each Kazakh person,” said Dauyeshov.